NOTE: I started writing this back in February, 2022. This post isn’t incredibly late, nosirreebob!

I spent last year1 mostly hunkered down. The winter was a particularly low point: the damp cold, the lack of daylight, and the slow dispersal of vaccines all took a toll. I spent my birthday alone again. Then …

I expanded my bubble. I visited some good friends. It felt strange interacting in person again, but good.

Vaccines started going out, faster and faster. My parents got their first shot. I got mine. I went to a birthday party2, and spent the entire time thinking, “Is this really happening?” I went to the Island. I got my second shot.

No-one knows what’s going to happen, but I thought there would be two main possibilities for the fall:

And lo, the delta variant came. Case numbers started going up. I hunkered back down.

Victoria
I took the seaplane to Victoria and spent a day wandering around. It was great.

Comox (twice)
Then I joined my family and went up to Comox. I came back for a visit in November, before cases started to rise again.

Mission
My COVID bubble and I drove out to Heritage Park for a visit. I got to drive back to town. Vroom vroom!

Celticfest Online
I won so much whiskey!

The heat dome
It can’t be overstated how abnormal it was. It wasn’t cooling off at night. Our lows were higher than our standard heat waves.

I’m a weirdo who likes heat, and even I found it a bit much. I was covered in sweat the entire time.

Atmospheric rivers
On the opposite end of things, our normal fall weather — unceasing rain — took out every transportation link between Vancouver and the rest of the country in early November. It took over a month to reopen the Coquihalla to commercial traffic, and repair work is still underway as of early 2023.

The barge
On the plus side, a windstorm blew an empty container ship ashore. I can’t really explain it, but after the atmospheric rivers, it was hilarious. I love you, barge!

Christmas (white)
I rocked it solo-style this year. I ordered a delicious meal from the Irish Heather, got myself a slice of cake from True Confections, and took a bunch of pictures of Vancouver in the snow.

East Van Panto: Alice in Wonderland
This was the second time I watched the panto on stream. Uh, I’m fuzzy on the details. I think this was more of a normal show, except you could watch via stream. I can’t remember if there was a live audience.

Visited the office
… This doesn’t sound momentous, but it was. After more than a year and a half of working from home, I returned to the office to pick up a new laptop and the few things I’d left behind.

Finished off Pirates
I already posted about this..

The Critical Hit Show on Twitch
They got pretty good at doing improv comedy online, despite the vagaries of Zoom and not being able to see nor hear the audience.

New Girl
I binged the series before it left Netflix. It’s good!

It was better than 2020. That said, the climate hiccoughs have me shook … and this was before the drought of 2021. 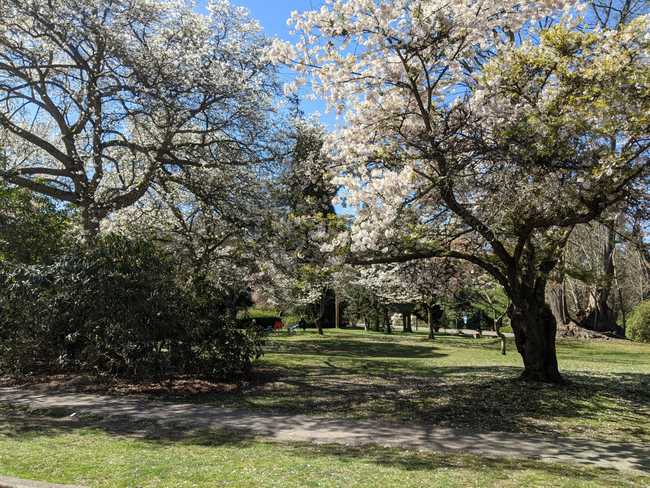 Vancouver in the spring. 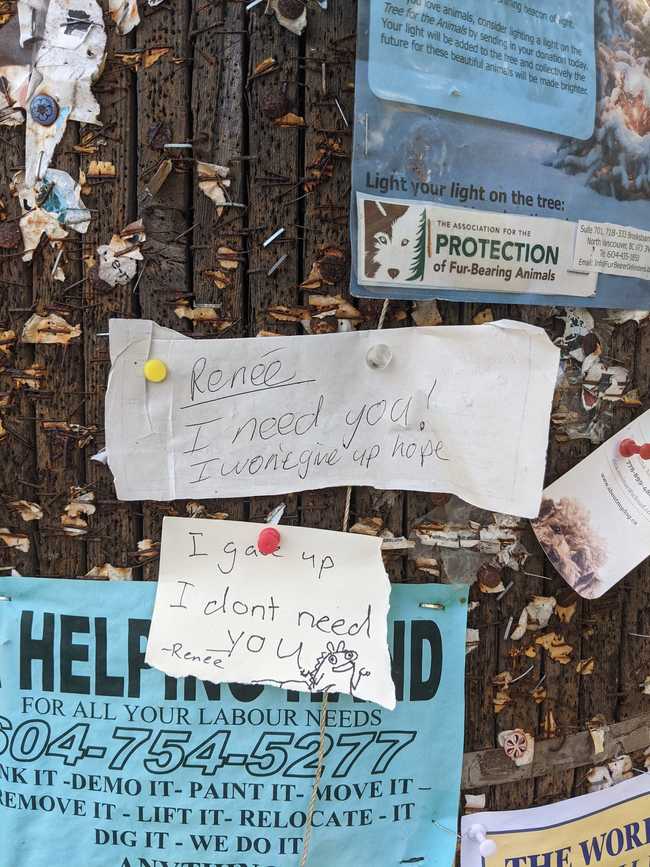 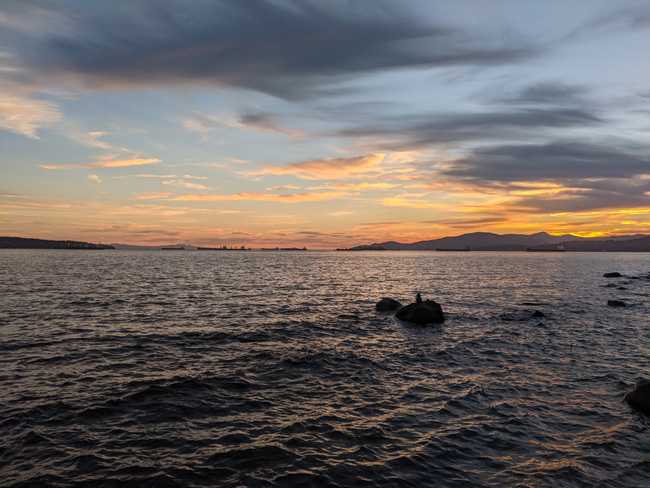 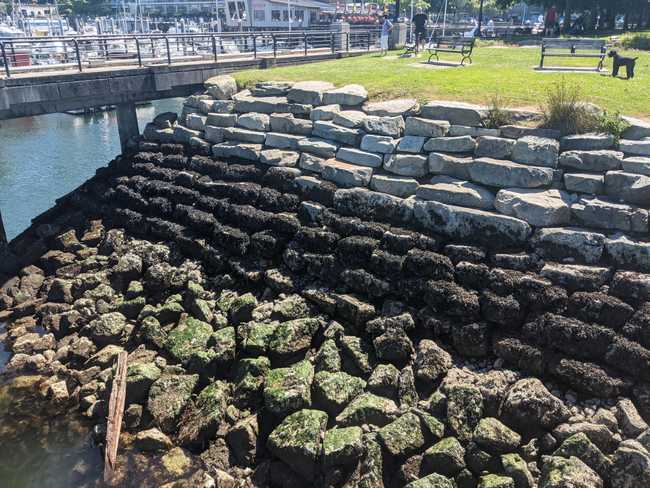 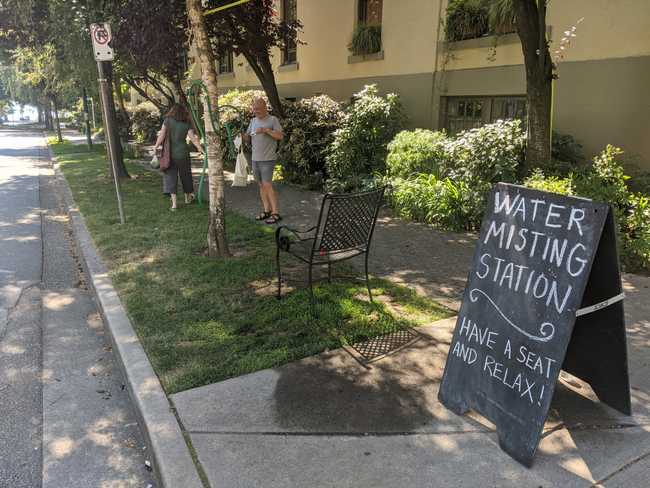 A cooling station during the heat dome. Stuff like this is why I love the West End. 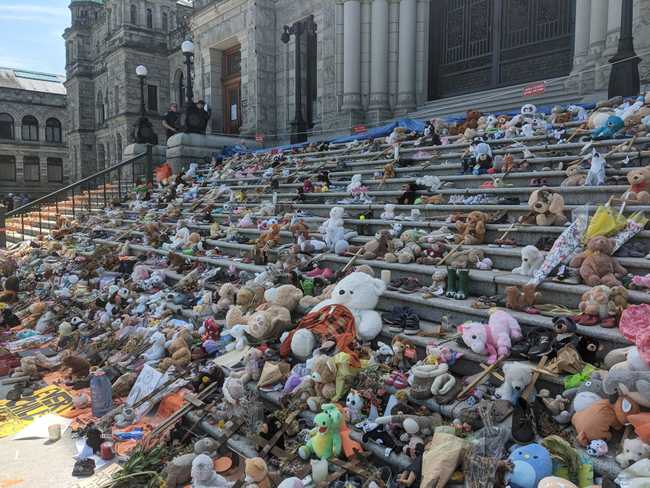 In 2021 Indigenous groups started confirming unmarked graves at residential schools around Canada, starting with some 200 in Kamloops in May. This Every Child Matters protest at the BC Legislature building sprung up immediately. 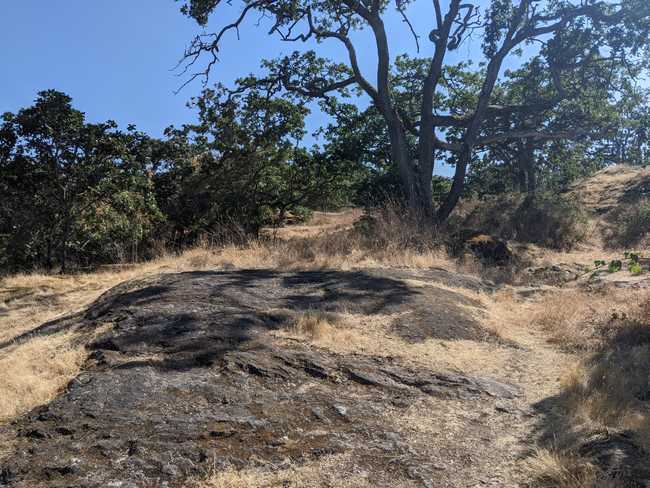 Beacon Hill Park in Victoria. This is what I imagine parts of BC or Greece look like. 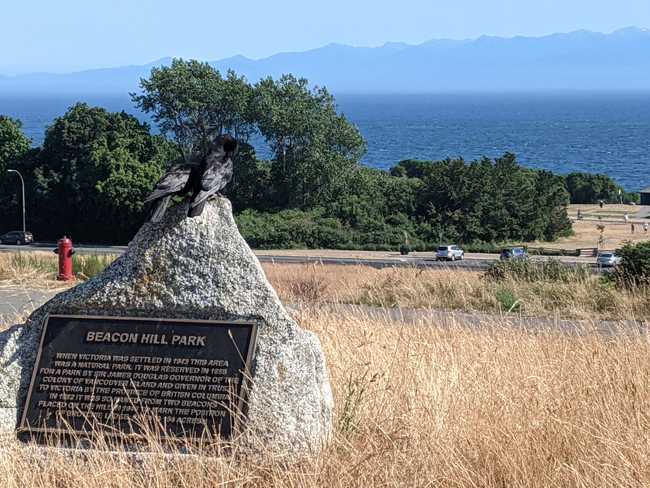 The Strait of Juan de Fuca and the Olympic Peninsula. 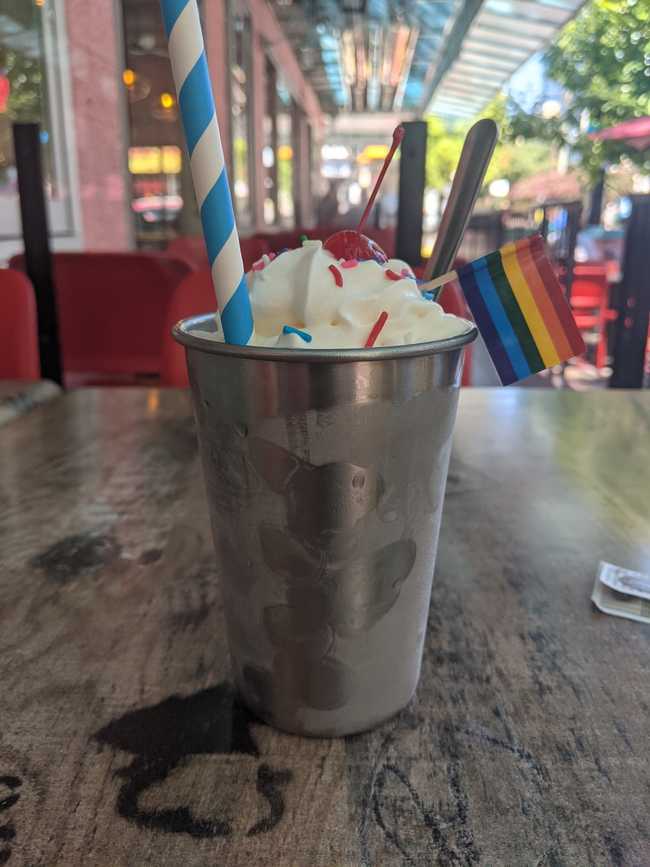 Mmmm, a milkshake at Hamburger Mary’s! 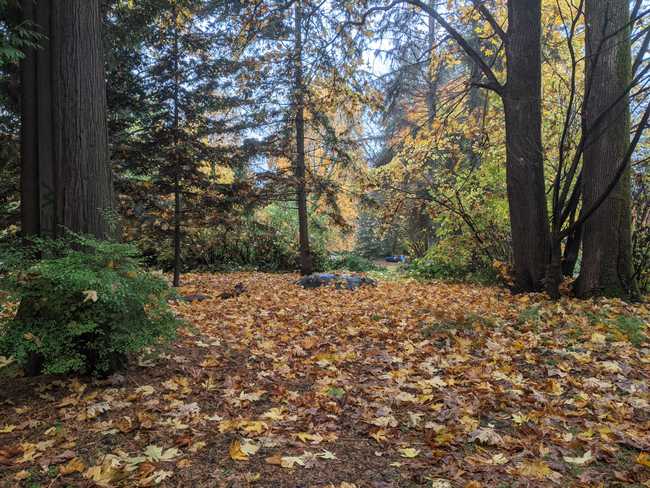 This is in Stanley Park near my apartment. There’s a blue car hiding in the photo, but it’s enough to feel like I’m out in the wilderness. 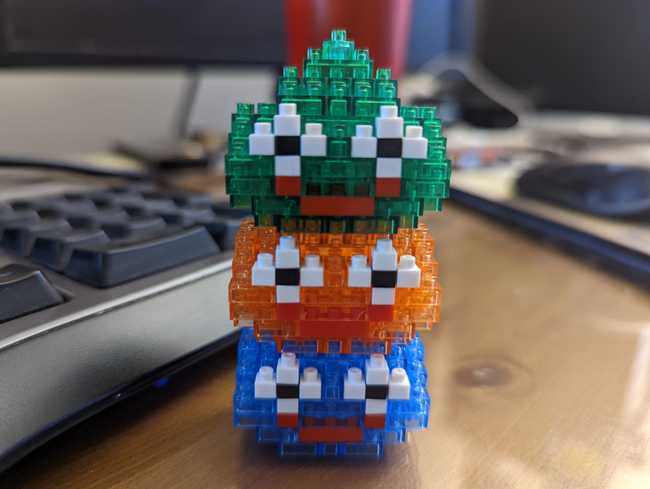 I left these behind in the office for more than a year. How could I?? 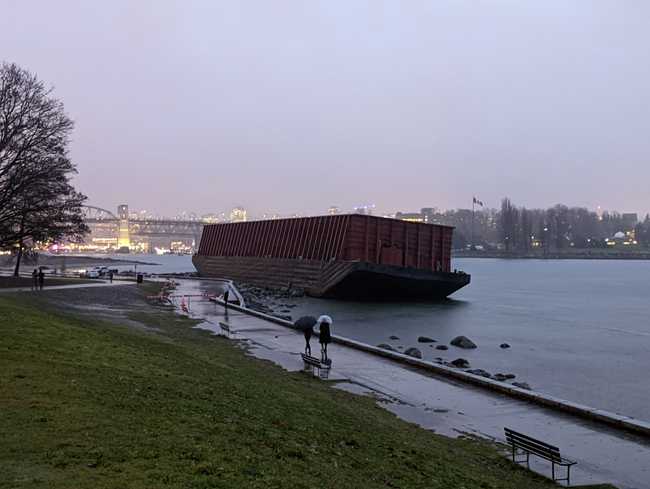 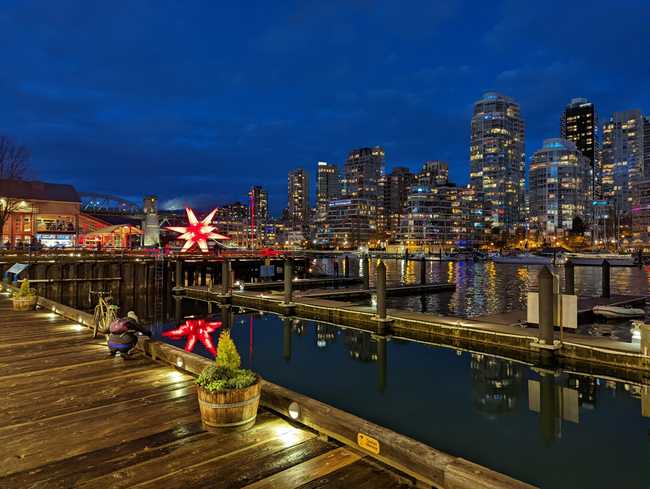 Every time I go to Granville Island, I remember how great it is and remind myself to spend more time there. 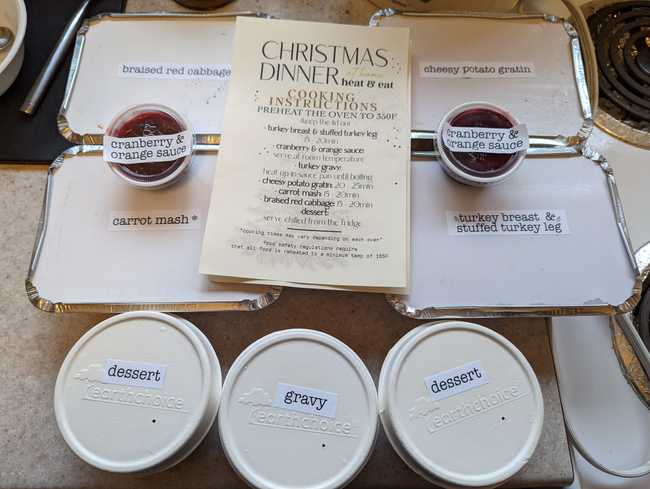 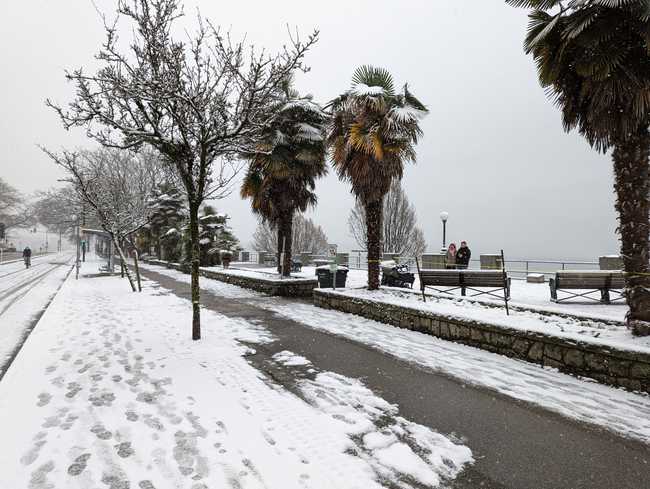 was as safe as we could make it, under the circumstances.