This is just a little bit late! I wrote most of this in March 2020. For some reason, I had a hard time going back to the post and being reflective and all that…

I can’t say I had any big goals for 2019. Really, it was a year I muddled through. I tried to improve myself at work and improve my personal life, and I like to think I generally went in the right direction.

Ireland and the UK
My first big "for pleasure" trip since 2015. I've written about it a bit here, although I really should write some more posts.
Christmas in Montreal
It was good! It was fun spending time with my brother and his family. Children are exhausting.
Vancouver Island
... I went to Vancouver Island, yeah? Right, I was there in August, and also in the spring...?

ÉVELINE @ le Centre culturel francophone de Vancouver
My cuz came to town to perform!
E--'s fortieth birthday party.
Another cuz, S-- -- his wife turned forty and held the party at a near-by coffeeshop.
The Critical Hit Show @ the Rio
I'm still a fan. This past month (February, 2020) the wizard Spitz Luben finally met his mom, and got to hug his dad for the first time. Aww. <3
I made a snowman!
There was a tonne of fresh snow at the art gallery. It wasn't much of a snowman, but it's the first one I've made in ages.
Daytrip to Westminster Abbey
I've known vaguely that there's a monastery out in the Valley, so I decided to hire a car and finally go for a visit.
Theatresports
I went to a couple shows. The only one I remember specifically was the Merry Kissmas show. The second half was a parody of those Hallmark Christmas movies, with a member from the audience as the leading lady.
Comedy @ Yuk Yuks
OK, I'm writing this well after the fact. I think there was some sort of competition going on, and afterwards surprize guest Brent Butt came out for a set. It was good!
Sarah Millican
I wasn't surprized at the big UK crowd, but I was when people cheered at the mention of "Mark & Spencers". Would Canadian expats cheer if Brent Butt did a show and mentioned the Bay? ... Actually, yes. Yes, we would.
Snowshoeing
$WORK took everyone up to Mount Seymour. I think this was my first time ever snowshoeing
Just For Laughs
Right! I totally forgot about this. G-- organized it all. It was hosted by Rick Mercer, and took place in the Orpheum, which is just an amazing venue I hadn't experienced before. Was fun!
Events at the HR MacMillan Space Centre
I forget the specifics, but G-- and I went to a few of their special events.
Mission Folk Music Festival
Another weekend camping out at Heritage Park and enjoying good music.
Deireadh Seachtaine Gaeilge Vancouver
A weekend of Irish lessons language lessons, followed by a Pop-Up Gaeltacht Vancouver event. Uh, my Irish remains terrible.
Nodeschool
This is something G-- has been organizing for ages. Going to Nodeschool (and getting G--'s help, of course) was instrumental to getting this site working. I won't say I have deep knowledge of Node, but I am able to help other people with the basics.
P-- and J-- visited!
Friends from Ireland, now in Australia, back in Canada for a visit. It's a little weird. The last time I saw them was in Hungary. Very likely I'll see them next in Australia.
Walk So Kids Can Talk
Work's charity for the year 2019 was the Kids Help Phone. I think I might've been the only participant who actually asked other people for money as part of the specific fundraiser, and I'm lucky to know some generous people. :D
VanCAF
Ah, VanCAF. This is how I find good comics for my niece's birthday.
Car Free Vancouver
Another year, another Car Free Vancouver. I'm always left wondering why we can't just shut down the streets every weekend in the summer for stuff like this. It should be normal.
Canada Day
G-- and I went to see the festivities at Canada Place. Honestly, it was mostly an excuse to go for a bike ride.
"Falling For London" book reading
At Book Warehouse on Main St, I think. My spring allergies hit me on the bus ride home, and I was a disgusting mess.
Newsies @ Theatre Under the Stars
Musicals are so good, ya'll.
S-- and R-- got married!
This was quite the event! I showed up a little early and helped put decorations in the hall. The reception was a giant potluck. It was a wonderful and most chill wedding.
Alestorm at the Rickshaw
My first time at the Rickshaw, and my first time going to a metal show in ages. D-- and I had plans to go see more shows in 2020. Heh.
Games at G--'s
I miss doing this so much.
East Van Panto: Pinocchio
As alwasy, loads of fun. If I remember right, Pinocchio had to get a bunch of Instagram followers to become a real boy.

Spiderman: Far From Home
It was fine. As always, once the special effects kick in, I started losing interest.
Avengers: Endgame
So much better than Infinity War, but that doesn't say much.
Dragon Quest Builders 2
Minecraft, but with NPCs and quests and an ending? Yes, please!

Pirates!
I've been running a pirates-themed campaign for a year, now. It's fun, but also a lot of work.
Mini PC
I bought a NUC. It's my home server, running plex, pi-hole, samba, etc.
Cycling
Once again, I started biking to work regularly. And went on rides with G--.

It was a thing! A year, I mean. ANOTHER YEAR. 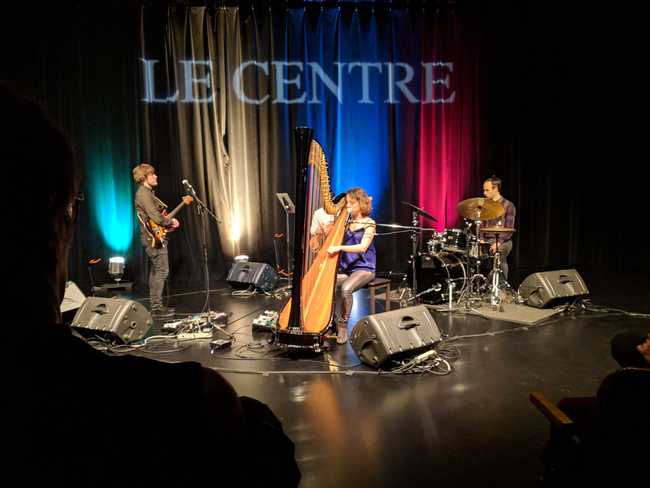 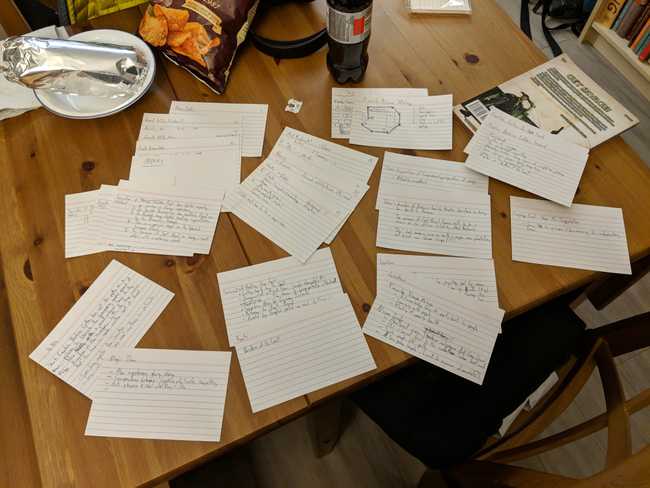 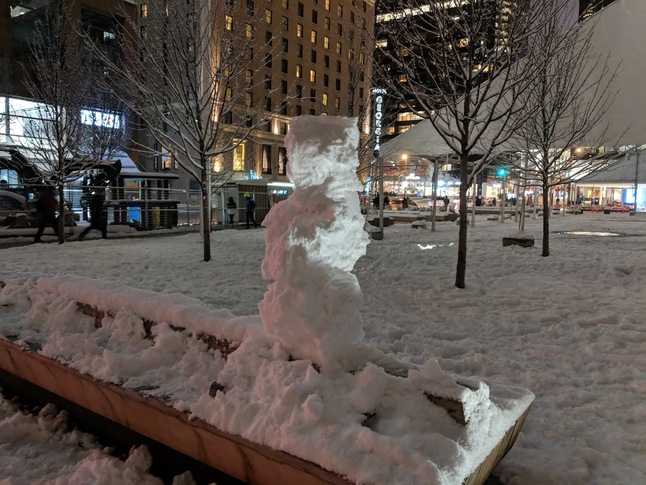 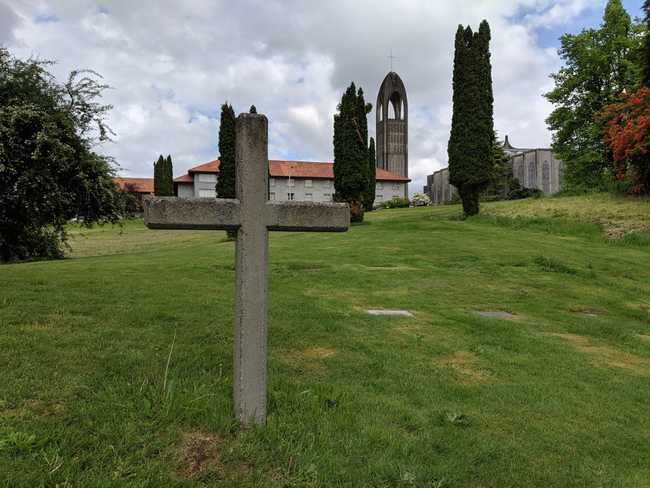 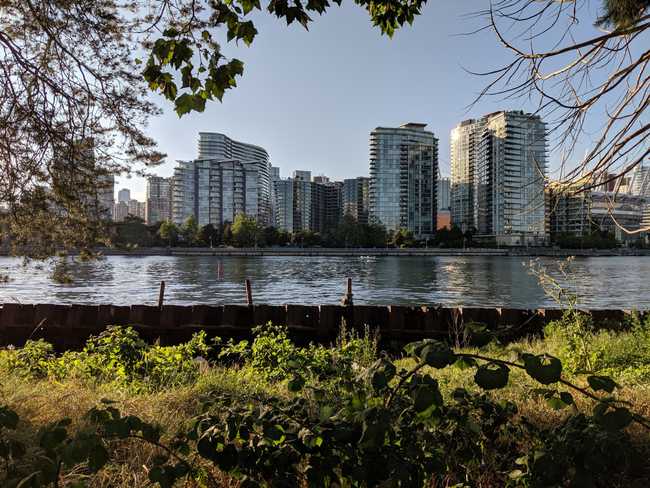 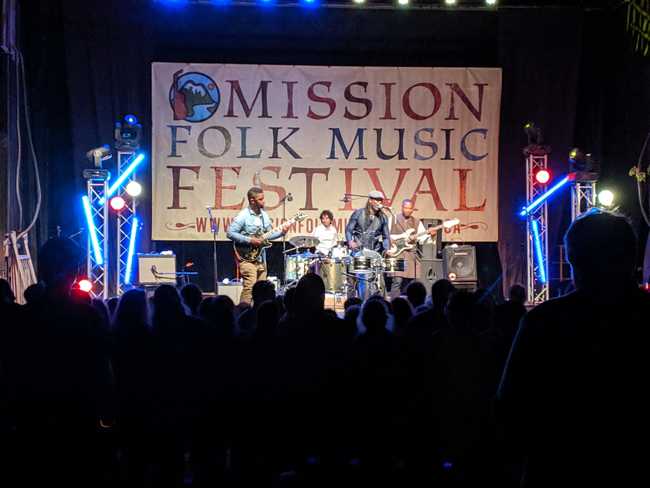 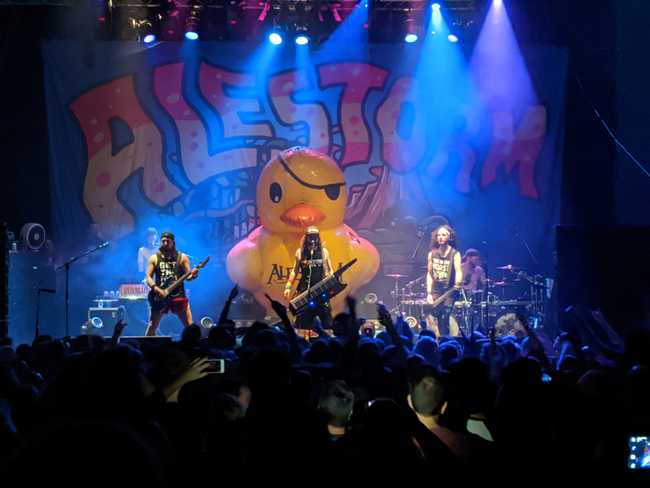 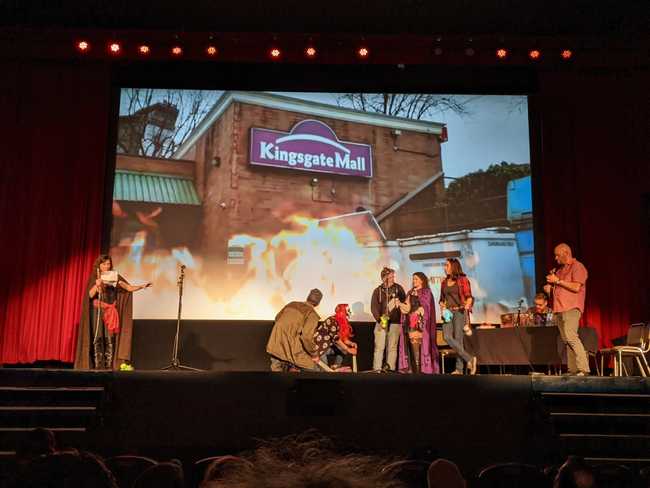