Note: I wrote most of this back in June.

Hey, ya’ll will never guess who caught the rona.

I went to Alberta in April. Before the trip I played things cautiously, because I didn’t want want to get anyone sick. On the way back, my parents and I spent the night in Kamloops, and visited some people I haven’t seen since the 90s.

A few days later I noticed I had a cough. This was the same day as the Sun Run, so I put on my N95 facemask and went out to cheer the participants. Then I went to a local coffee shop to grab a quick bite for breakfast. I was sitting outside on the patio enjoying my food when my mother called, and told me that one of the people we met in Kamloops tested positive for COVID. I finished off the food, went home, and didn’t leave for the next week.

My symptoms weren’t that bad. Towards the end of the day I had mild aches in my arms and my heart felt weird, but they cleared up after a good sleep. Otherwise, I had a persistent mild headache for several days, a sore throat, and congestion. I didn’t lose my sense of smell or taste.

Unfortunately, I only did a small grocery run before quarantining.

I also didn’t have any rapid tests, so I couldn’t be sure if I had COVID or not. According to the BC CDC guidelines:

If you tested positive and are managing your illness at home you can end isolation when all three of these conditions are met:

So, OK. I didn’t have a positive test, but that was because I didn’t have any rapid tests. I’d waited a week after developing symptoms, and I didn’t have a fever. So I was safe to go out, right? I went out, bought groceries, popped into the drug store and got some tests, and went home.

Taking the rapid test was a little weird. I took a proper COVID test once in the summer of 2020, with the swab that goes all the way to the back of your skull. The rapid test just had a tiny swab you swish around your nostrils, and a mad science plastic doohickey, a dropper and some chemical solution — basically stuff I haven’t touched since high school chemistry. I went through the steps, added a few drops of the prepared solution into the doohickey, and now it was time to wait for the results. It’s supposed to take fifteen minutes to give you the final results, with a control bar indicating that the test worked, and a second bar to indicate if you have COVID. My second bar was already pink after two minutes, and turned a solid red once time was up.

OK, so I had COVID. At this point I panicked. Does the test mean that I’m still infectious? Am I actually safe to go out in public? I called 8-1-1 to talk to a nurse, and she said that I should isolate until all my symptoms were gone. Well, I had a bit of lingering congestion, that probably counts… so I shut myself away again.

A week later I called 8-1-1 again. This time I had a list of questions prepared:

The answers were: No; they’ll continue to be positive for a few weeks; yes; and yes. I was safe to re-emerge into society.

And that’s my COVID experience. On the whole, it could’ve been a lot worse. I didn’t post anything here, but my booster shot was rough. I spent the next day lying on the couch, feeling miserable. I wonder if I would’ve had a reaction like that if I hadn’t had the booster shot, except this time I would’ve been actually sick while my body was ramping up to fight the disease. 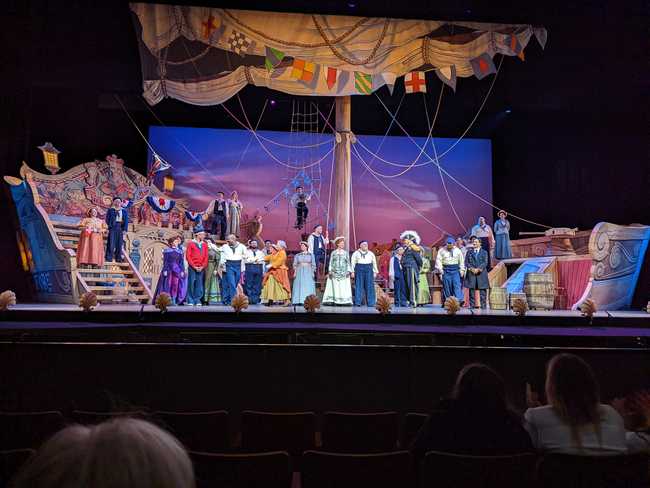